The Values of Low Volume Production? 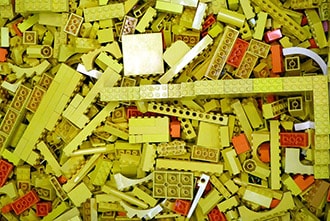 Injection moulding has always been a cost effective and useful method of producing large numbers of products in a short space of time. Once the tool has been manufactured and the production run started, any number of items can be produced until no more are required or the lifetime of the tool has been reached, which can number 10,000 plus shots for certain materials. The low volume production market has generally bypassed injection moulding as a production method, due to the initial price of the tool being so high as to render small volumes economically unviable, or simply because 3D printing has become so ubiquitous and cost effective that it has rather stolen the thunder from injection moulding.

However, overlook injection moulding for small batches at your peril, as it has now come into its own as a reliable and economical way of producing small production runs, in a much better range of materials than that available for 3D printing. There’s polypropylene, santoprene, glass-filled nylon and STP among many others, with a mix of materials also possible if the design calls for it. The same is true for the moulds themselves, with P20 steel and aluminium being the most popular materials for mould production. Silicone and other rubbers are also suitable for low-volume moulds and this allows the cost of the mould to be reduced considerably, when dealing with small batch manufacturing.

Depending on the items that are required to be produced, the mould may be able to house more than one cavity, known as a ‘family’ or multi-cavity mould. Such a design obviously decreases the cost of production, allowing more parts to be manufactured out of a single mould, as well as allowing a single mould to contain different parts of the finished product – hence ‘family’ mould. Single cavity moulds are generally cheaper than ‘family’ moulds, so they may still be a better solution for very low volume production of a single item.

Another aspect of mould production that is very important starts a long way before the mould is actually produced and that is the quality of the CAD file used as the blueprint for the mould design. A Design for Manufacture or DFM document is able to point out the pros and cons of the design and how the design could be improved to create a better quality product when in use. Flow lines caused by insufficient and poorly placed gates can make a part look badly manufactured and cosmetically unattractive. A proficient mould engineer will help you to overcome these difficulties by using Mould Flow Analysis or MFA, so as to ensure the part which is finally produced is as good as it possibly can be.